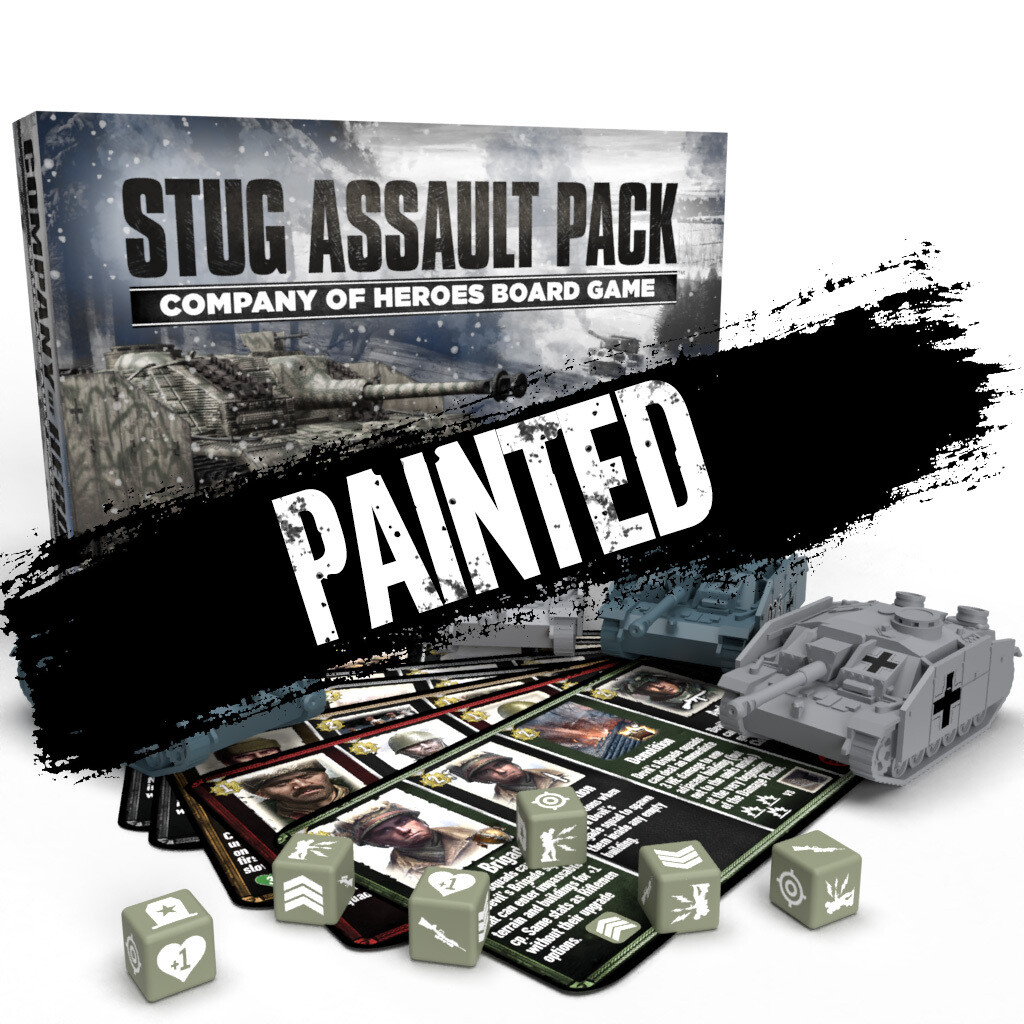 The Sturmgeschütz III Ausf G was Germany’s most produced fully tracked armoured fighting vehicle in World War 2. As a Wehrmacht or Oberkommando West Commander, harness its power and efficiency to bring early to mid-game terror to your opponents.

This pack also features unique Elite Infantry Dice to track the advanced infantry upgrades found in this pack. We have selected our favorite Allied Commanders from the postponed Elite Infantry Pack and are adding them to the STUG Assault Pack (which previously was all Wehrmacht and OKW Commanders). This helps flush out and balance the STUG Assault Pack, helps the other factions utilize the Elite Infantry Dice that are included in the STUG pack, and most importantly introduces some of our favorite elite troops. The Elite Infantry dice mark some advanced mechanics not found in the rest of the game system like Close Range Fire Power, adding variable damage amounts depending on range (this is an advanced mechanic that helps capture the variable effective range of units found in the video games). Other elite abilities represented by this dice set are Heroic Sacrifice, which is a strategic ability that denies the enemy victory points if the squad is destroyed, an increased squad size upgrade, sniper ability sets, as well as a couple utility symbols to clarify veteran upgrade paths.

The StuG III in the Company of Heroes Board Game is a doctrinal unit called in by special commanders contained in this pack. These Commanders are interchangeable between the OKW and the Wehrmacht and focus on producing multiple StuGs at a time.