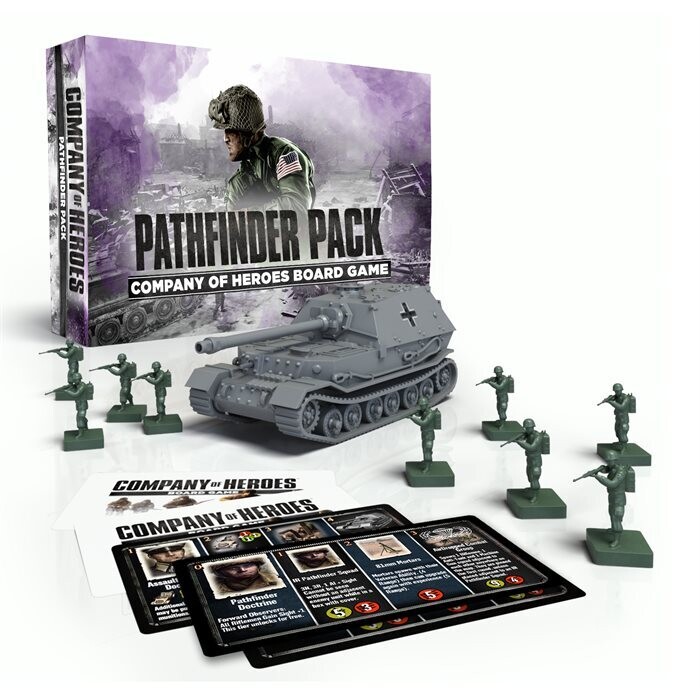 The Early Bird Pathfinder Pack available for sale to all backers.

The Pathfinder pack features unique commanders and units for the U.S. and Wehrmacht factions: the Pathfinder Squad and the giant, 1:100 scale Elefant heavy tank. Both units are called in by 2 different commanders for diverse tactical usage of these elite units.

Dominate the battlefield with the U.S. Pathfinders, elite soldiers specializing in establishing drop zones and leading the way for friendly forces. Cause mayhem in the enemy’sback linewith 2 new Pathfinder Doctrines and 9 Pathfinder Infantry figures.

Watch the enemies vehicles run in terror when you roll out the Elefant Heavy Tank Destroyer. This slow behemoth strikes at distance and is effective against all armor. With one of the most potent guns ever mounted on a fighting vehicle, dominate the late game with 2 new Wehrmacht Commanders that call in the Elefant.