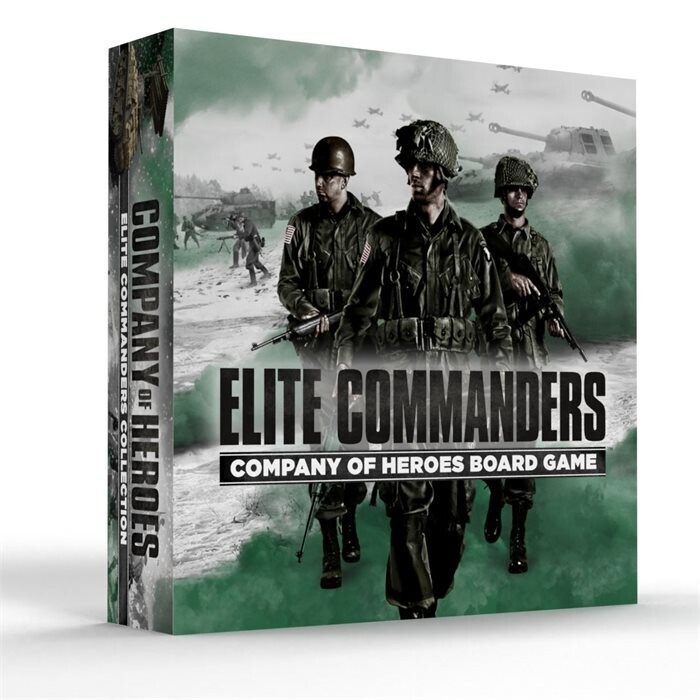 Call in the big shots of the armored divisions.

Expand your Company of Heroes collection with 20 of the most powerful and iconic vehicles from World War 2.

The Elite Commanders Collection is a bundle of 10 Commander Packs in one box featuring 16 unique Commanders with entirely new doctrinal abilities and call-ins from all 5 factions.

These vehicles introduce new tactical options featuring experimental assault guns like the KV-2 or the Sherman Calliope that spreads rocket fire across a wide area. Maximize your long range tank destruction with the devastating Jagdpanther or the Firefly’s Tulip Rockets. Also featuring the war’s super tanks like the Soviet IS-2, US Pershing, and the powerful King Tiger, this pack upgrades the potential of each faction. Use the British Comet tank’s speed to flank your enemies and target their weak spots or mass produce the US Stuart for an early game advantage.

Here we have the Soviet's Urban Assault Tactics facing off against the U.S. Light Calvary Company. In the early game, the Soviet Mark Target ability will help secure vital kills on light vehicles, so the US will be forced to rely on their faster infantry to capture points. The Soviet player will quickly burn through their munitions using such an expensive ability, so the US will have room to introduce their Stuart tank. As Soviet Anti-Tank Partisans start popping out of the woodwork, the Stuart will want to keep its distance from buildings or risk it's meager health pool dwindling down from partisan fire.
While the Stuart was able to help tackle soviet vehicles in the early to mid game, the US will be forced to get greater armor piercing damage from a tank destroyer or anti-tank gun. The Soviet's will be looking forward to a new repair station to keep their vehicles alive, and the US will need to destroy vehicles quickly before they can be healed up.
The end game will conclude with the monstrous KV-2 facing 3 Stuart Tanks. The KV-2 will decimate US Infantry, so in order to capture points the US will use their expensive but necessary Strategic Maneuvers to capture points with their armored Stuarts.